Richard Marcinko is well known as the founding commander of Navy SEAL Team 6. It is the most prestigious and feared unit within an elite commando force that later carried out the raid that killed Osama bin Laden, who died at his eighty-one years on Saturday at his home in Fauquier County, Va.

Matthew Marcinko, his son, said that The cause was most probably to be a heart attack.

The greatest Navy SEAL and graduate-level business instructor Richard Marcinko, also known as Dick Marcinko is a historic icon also popularly called Demo Dick, or Rogue Warrior, and is famously known as Shark Man of the Delta. He is one of the toughest men ever to serve our country.

His best-selling books based on his immense experience in the field of the military were truly gems he has left for the future generation. Rogue Warrior series and other fine writings have surely solidified the Military literature genre. It has not only the use of advanced technical vocabulary but has no less restructured the military memoir narrative as well as experience.

Demo Dick is raw. So is the truth about the war. “In Vietnam, I discovered who could kill and who couldn’t in combat. But that was fifteen years ago, and less than half of SEAL Team Six had ever been in combat. So there was only one way to find out who’d pull the trigger, and who’d freeze – which was to play this thing out and see who did his job and who didn’t. War, after all, is not Nintendo. War is not about technology or toys. War is about killing…” he writes.

He is one of the United States’ most experienced and recognized special operations experts. He has over 30 years of experience in a variety of specialties including counter-terrorism, special operations, and intelligence. He entered the Navy of the US in 1958, Marcinko worked his way up to the rank of commander. He is well known as the founder and first commanding officer of two of the military’s premier counter-terrorist units: SEAL Team 6 and RED CELL.

e completed his Bachelors in International Relations from the Navy Postgraduate School in Monterey, California, and Masters in Political Science from Auburn University. He also tries to bring to the private sector the same skill, dedication, and expertise that earned him about 34 citations and medals, including the prestigious Legion of Merit, the Silver Star, and four Bronze Stars.

Starting from operations in Vietnam to planning at the Pentagon, he has proven his brilliance at all levels of special operations, intelligence and security.

While serving 2 tours in Vietnam, he won the Silver Star, four bronze stars with combat V, two Navy Commendation Medals, and the Vietnamese Cross of Gallantry with Silver Star. Marcinko’s SEAL platoon became a ravishing success as an enemy killing force, and the Vietnam Cong posted a reward of 50,000 piasters for his death.

Some of Marcinko’s accomplishments include over 5 successfully selling novels and his autobiography, a critically acclaimed book on management and leadership techniques, professional and academic lectures to law enforcement and business executives, and his dynamic hands-on training for U.S. and foreign hostage rescue teams. Mr. Marcinko also acted as a corporate advisor to multinational businesses including AT&T, Motorola, and General Motors on issues such as corporate security, team-building, operational management, and strategic planning.

The Greatest Loss for the MIlitary

Retired Navy SEAL Adm. Eric Olson told the Navy Times that the SEALs who knew Dick Marcinko will remember him as imaginative and bold, a warrior at heart. ”He was a spirited rogue for sure, but we are better off for his unconventional service.”

Jim DeFelice, who co-wrote six of those books with Marcinko, called his co-author an “American hero,” in a Twitter post on Monday.

“As far as I know, Dick and his warriors never traveled to Hell itself, but if they had, I’m sure the Devil would have found a place to hide rather than confront them,” DeFelice wrote. “Dick’s indomitable courage was legendary, but his sense of humor and his generosity were just as deep. He was a man who never took ‘no’ for an answer, or ever faced a challenge he could not master. We haven’t just lost a warrior; we’ve lost a great man.”

He was thus an impeccable and irreplaceable man in the history of the US military. He will remain in the heart of each American and will be remembered for his great services to the nation. Future generations will surely learn from the milestones and markings he had made in his life. 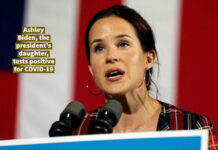 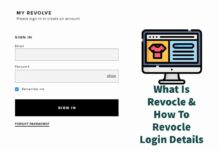 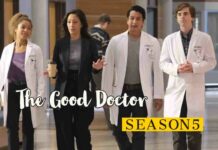 The Good Doctor Season 5 Episode 9 Review: Andrews Tries To Impress Salen While Shaun And Lea Struggle Around Each Other!